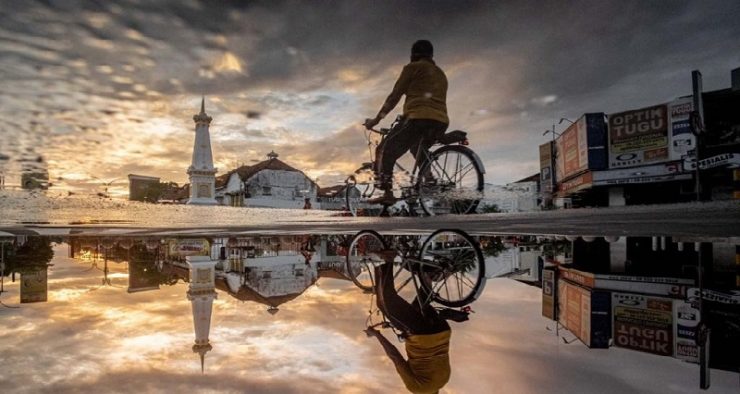 TOWARDS the end of the year, you may be planning things related to a trip to an area. If you are planning to spend your vacation in Yogyakarta, there are a number of destinations that are suitable as a solo tourist spot.

Even though it’s suitable for solo or solo travel, that doesn’t mean you can’t go with your family. You can still go together or alone, depending on your needs later.

The following is a summary of a row of places in Yogyakarta that can be used as a place for solo travel. Of course, this place can make you feel more peaceful and refreshed after working non-stop. Check out a series of tourist attractions that are suitable for solo traveling in Yogyakarta and its surroundings:

You want to visit Ratu Boko Temple? So, there is nothing wrong with being accompanied by a tour guide. That way, you can ask more about the history of Ratu Boko Temple. Ratu Boko entrance ticket price is IDR40,000 per person for tourists aged 10 years and over. Operational hours are every day at 08.00-17.00 WIB.

2. Taman Sari
Taman Sari is the site of the former garden or garden of the Ngayoyakarta Hadiningrat Palace. Yes, the garden which was built under the leadership of Sultan Hamengku Buwono I (1758-1765) has the title ‘The Fragrant Garden’.

Access to this place is very easy because it is close to the Kraton and it takes approximately 15 minutes from the north square. No need to spend a lot, Taman Sari is a tourist attraction that can be reached. The area of ​​Taman Sari is more than 10 hectares with about 57 buildings, including buildings, bathing pools, suspension bridges, water canals as well as artificial lakes to underground passages.

3. Warungboto Site
After becoming the location for Kahiyang Ayu’s pre-wedding photo with Bobby Nasution, this Warungboto site is increasingly being used among photo hunters and tourists. This site was once just ruins and abandoned buildings.

In the past, the Warungboto site served as the royal family’s resting house, which was named Pesanggrahan Rejawinangun. The location is at Jalan Veteran No. 77, Warungboto, Umbulharjo, Yogyakarta City.

4. Tugu Pal Putih
The Tugu Pal Putih or White Pal Monument or the Golong Giling Monument is no stranger to the ear. The history of the monument which was built in 1755 by Sri Sultan Hamengku Buwono I is symbolic and marks the boundary line between Mount Merapi, the Yogyakarta Palace and the South Coast.

This Yogyakarta icon is said to be said if visitors can capture the moment at the monument, then those who take pictures can return to Yogya. The location which is not far from this culinary tour is filled with visitors when it is late at night.

Usually, visitors capture the moment in the middle of the monument while waiting for the streets to look deserted. In order to get the Tugu background with a background of lights and historical buildings. The Tugu area will begin to be crowded with visitors when it comes to 19.00 until late at night.

5. Prambanan Temple
Prambanan Temple is conducting operational trials in the midst of the new normal. This trial will be carried out starting July 1, 2020 with a maximum tourist restriction of 1,500 tourists per day.

Prambanan Temple or Roro Jonggrang Temple is the largest Hindu temple in Indonesia which was built in the 19th century. The temple is also a UNESCO-recognized world heritage site in Central Java. The Prambanan Temple Complex is Raya Solo – Yogyakarta No. 16, Kranggan, Bokoharjo, approximately 17 km to the east of Yogyakarta. The temple was also visited by the Ginseng Country artists in May 2013 and B.A.P at the opening of the 2018 Asian Games.

As of May 2013, it is still being used for shooting the South Korean variety show ‘Barefoot Friends’. The actors and actresses were challenged not to wear footwear and were asked to take pictures with strangers. Usually in this area, visitors will be able to enjoy entertainment such as art and cultural performances ‘Sendratari Ramayana’. Not only that, usually Prambanan Temple is also a place to hold concerts to fireworks parties for the turn of the New Year’s Eve.

6. Sambisari Temple
This temple is quite unique because it is located below ground level. To get to this location, visitors must descend several tens of stairs. This temple building is under a basin surrounded by green gardens with entrances from the four cardinal directions.

On the north side, the plants that are trimmed to form the inscription of the Sambisari Temple further enhance the panorama. The location of this temple is in Sambisari Hamlet, Purwomartani Village, Kalasan District, Sleman Regency, Yogyakarta.

These large rocks are rumored to be rocks from a large eruption in 2010 ago. The uniqueness and shape of the stone attracts tourists to visit this location.

8. Ullen Sentalu
For those of you who are interested in art and culture, of course this place will be a must-visit location when on vacation to Yogyakarta. The name of this tourist destination is the Ullen Sentalu Museum.

Ullen Sentalu keeps various collections of cultural heritage and life of Javanese royalty during the Mataram kingdom. The name Ullen Sentalu itself comes from the word Ulating Blencong Sejatine Tataraning Lumaku which means the Lamp of Human Life. Ullen Sentalu Museum is not like other museums, visitors will be invited to explore the museum in groups because they are not allowed to explore this location alone.

Later, you will be accompanied by a guide who explains the history of the objects and characters of the Yogyakarta and Solo Palaces. The Ullen Sentau Museum is open every Tuesday to Sunday with operating hours at 09.00-16.00 WIB. The entry ticket price is set at IDR 25,000 (Adults), IDR 15,000 (Kids), IDR 50,000 (Adult Foreign Tourists) and IDR 25,000 (Child Overseas Tourists).

9. Raminten Cabaret
No need to go all the way to Bangkok or Chiang Mai, at Raminten Cabaret, you will be entertained directly by cabaret players with their hilarious actions. Most of them will lip sync legendary songs combined with lively movements and invite laughter.

Where is Raminten Cabaret? It’s on the third floor of the Hamzah Batik building. Held every Saturday starting at 19.00. Only by spending less than Rp 100 thousand, you can enjoy a spectacular show for 1.5 hours.

10. Along Malioboro Street
The heart of Yogyakarta that cannot be missed when visiting Yogyakarta. Malioboro which is now a semi-pedestrian that provides convenience for visitors to shop and capture the moment on the side of the road.

It’s not complete if a visit to Yogyakarta without going to Malioboro. Here you can also enjoy various kinds of culinary that can only be found at night. Not only that, visitors can also enjoy the entertainment of street musicians who provide warmth in the heart and provide a unique Jogja atmosphere.

Usually Malioboro, Point Zero and Tugu are the places of choice to enjoy New Year’s Eve with family and closest friends. Many people flock to this area to enjoy the fireworks display held at the North Square of the Kraton.

11. Kilometer Zero Point
Titik Nol Kilometer or Zero Kilometer Area, is an area surrounded by Dutch buildings such as Bank Indonesia, Bank BNI and the March 1 General Attack Monument. At night the buildings shone with dim lights. So that it creates a romantic impression in the corner of the city of Yogyakarta.

This area is also perfect for spending New Year’s Eve. This is where the party celebrates the New Year. Because this place is also a popular icon of Jogja, close to the North Square, Kraton Jogja and Malioboro.

Well, those are 11 tourist attractions that are suitable for solo traveling in Yogyakarta. Who knows you want to spend time alone without anyone bothering you? [tribunjogja.com/photo special]

NATURE TOURISM is a mainstay destination that can be used as an option to relieve fatigue and mental stress for people who live in urban areas. You can find some locations that keep this hidden paradise in Likupang...

THERE ARE SIX MUST-VISIT TOURS WHILE WATCHING THE MANDALIKA MOTOGP

RECOMMENDATIONS IN 2022 FOR DOMESTIC TOURIST DESTINATIONS TO VISIT