PRESIDENT: THROUGHOUT 2021 WE WERE STRUGGLING WITH TWO MAJOR TASKS 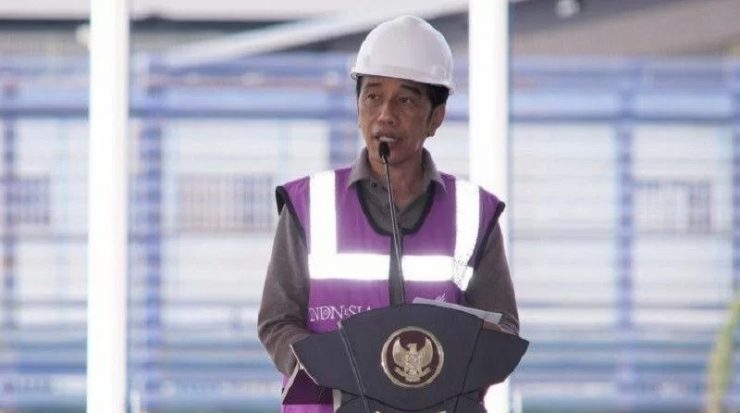 INDONESIAN President Joko Widodo said that throughout 2021 the Indonesian people were struggling with two major tasks, namely breaking the virus chain and maintaining the economy.

“Throughout 2021, we will be struggling with two major tasks: breaking the chain of the spread of COVID-19 and keeping the Indonesian economy growing,” the President wrote on Instagram @jokowi, quoted in Jakarta, Friday (12/31).

The President said the pandemic and the economy are like two bodies at the end of a swing that must be kept in balance. According to him, the pandemic has so far slowed down.

“Hospitals are now more flexible in taking care of patients with non-COVID diseases. This is all because of our role in complying with health protocols and intensifying vaccinations,” he explained.

Meanwhile, the President said, at the other end of the swing is the economy. Indonesia had experienced a recession, minus growth, an economic slowdown in many sectors, and high uncertainty in almost all fields. However, with passion and hard work, the Indonesian people survived.

“Indonesia’s economy in the second quarter of 2021 grew 3.51% (yoy). On the other hand, the pandemic has pushed a new world: digital civilization. E-commerce, for example, reached a value of US$24.8 billion this year,” he explained.

The President further reminded that from December 1, 2021 until the next year, Indonesia will hold the position of the G20 Presidency, a group of 19 countries plus the European Union which collectively represent around 60% of the world’s population, 80% of the world economy, and 75% of total global trade.

The Head of State said that Indonesia’s Presidency at the G20 is an honor as well as an opportunity for Indonesia to play a bigger and decisive role in the recovery of the world economy, world governance that is healthier, fairer and more sustainable. [antaranews]