FOR ACCOMODATION AT MOTOGP EVENT, EXPECTED TO INVOKE TOURISM VILLAGES 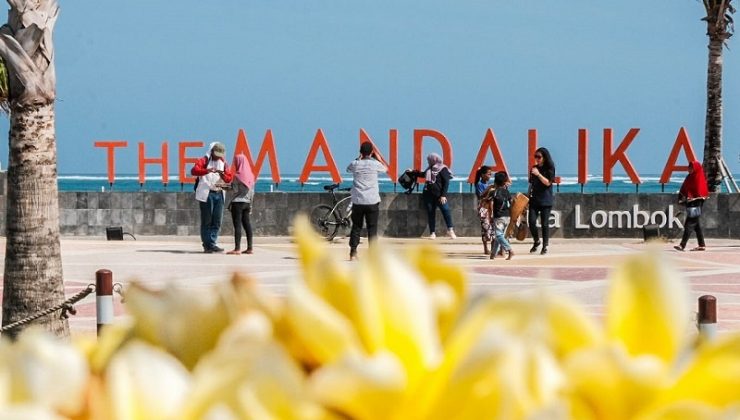 THE AVAILABILITY of accommodation is a priority in the implementation of the Mandalika MotoGP event which is planned to be held for three days, namely 18-20 March 2022.

Related to this, the Minister of Tourism and Creative Economy, Sandiaga Uno revealed that he had coordinated with all parties. Starting from the Regional Government, the business world and the managers of tourist villages in West Nusa Tenggara (NTB).

“The goal is not only to meet the accommodation needs of tourists, but also to stimulate the local community’s economy, especially on the island of Lombok and Gili Trawangan, Gili Meno and Gili Air,” he said.

Minister Sandiaga explained that this MotoGP event was an opportunity to innovate, especially in the provision of homestays, because this was a directive from the President involving equitable tourism, so the homestay manager was also assisted in preparing lodging places, especially in tourist villages.

“Of course, it is also a promotional event for tourist villages, so that the people of NTB can also rise from the pandemic to be part of Indonesia’s economic revival efforts to improve people’s welfare,” he noted.

Not only that, the availability of accommodation, expressed by Sandiaga Uno, will also be supported by tourism residential facilities and community houses that have been adapted into homestays, so that tourists can take advantage of them.

At the same time, the Tourism Ministry is also collaborating with Bobobox to build Bobocabin and glamping with Eiger. Alternative accommodation in the form of a camping ground, he said, is also being prepared. Later, tourists spread across the Lombok area will be connected via transportation from the Ministry of Transportation.

“This MotoGP event requires integrated cooperation, not only across ministries and institutions, but also all stakeholders, including the community,” Sandiaga Uno remarked.

The presence of MotoGP is in line with efforts to recover the economy through the provision of business opportunities and employment opportunities in the tourism and creative economy sectors. Therefore, the involvement of the local community, he said, is very much needed. Not only the Bali and NTB areas, but also the entire community in other tourist destinations, especially Super Priority Destinations (SPD).

“Maybe many tourists choose to stay in Bali, but also later travel to Labuan Bajo and other destinations. Tourists can visit it, either before or after the MotoGP event, we are also preparing for other events,” he pointed out.

He also added, we hope that there will be a revival of the movement of community economic activity, improvement of the quality of human resources and job creation, so that the real benefits of MotoGP are long-term and of course sustainable in the future. [traveltext.id]

IN THIS day and age, the Digital nomad visa is one of the fantastic trends that many countries are giving away. With the Digital Nomad Visa, many people with manageable jobs from anywhere in the world can now move to...