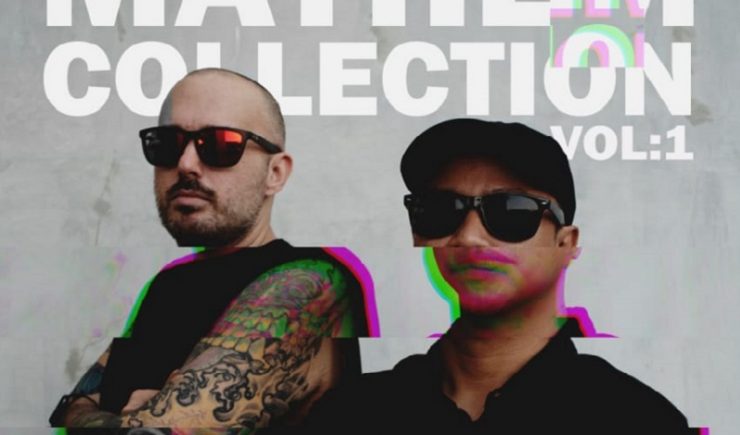 THE MAYHEM Collection was freshly  assembled in mid 2022 by Safrie Effendi, (well known to be called Saf) and he has been Dj-ing since 2004 back in The America. On June 2022 Saf was in Bali and unpredictably without Saf knowing it, his best buddy since 2008 from Singapore had recently moved to Bali as well, his name was Shawn and he is originally from The US, Miami. Both is one of those singular ‘work-hard-play-hard’ types who’s never been known to shy away from a good challenge.

These guys were on fire on the decks back in the days and they are still now. Moving on: both reunited in Bali and decided to make a DJ Management with the particular Dj-crews with their own specialty in genre. Since then Mayhem Collection was assembled.

Saf and Shawn of Mayhem Collection is having their 1st  debut of Dj-ing gig as The Mayhem Collection Vol 1.  on September 2nd at Bart. (ARTOTEL Sanur 5th floor. They will serve the finest mixes from hip hop and RnB, Deep House, and some Retro Mashed Up .

With the ticket for the event is  IDR100.000/pax and could be purchased by the venue… and you will be enjoying the rooftop party with the compliment of 2 cocktails.  Come over and have a blast .

THE DJS bio: SAF (or we could call him The Safmaizter), this seasoned spinner has started old -school in 2004 in America, trading vinyl and turntables for RnB, Hip Hop, Retro and Classic, Deep house grooves, to Indie Electronic, even to Punk and Metal as well.

Saf was a resident Dj at Venus De Milo and Tantra back in Savannah, Georgia for 4 years. Then in 2008 he moved to Singapore and held a long running residence Dj at Le Terraza on The Screening Room Building at Ann Siang Road.

For about 6 years during his time in Singapore Saf has had spun at some other venues also as guest Dj and the most memorable one when he had to spin a few times at The Amber Lounge. Which was the venue for the after party Formula 1 event in Singapore.

Outside the Singapore and The US, Saf has gone to spin from Manila, Hongkong, Vientiane, Hanoi, Saigon, Tokyo, Chennai, Mumbai, Sofia, Manly Beach, and for sure Jakarta, Bali and some other cities in Indonesia.

Saf has to stopped Dj-ing during the 2.5 years of COVID-19, but now, since the birth of his 2nd child on August 11th 2022, Saf has started to get back on the Dj-ing scene. In the present time Saf lives between Jakarta and Bali. Catch The  Safmaizter’s gigs of you might just losing his artistic ecstasy. Instagram: @safeffendi, +62 813 1062 9626, https://soundcloud.com/thesafmaizter

Meanwhile SHAWN: is an American DJ that has been touring internationally for the past 17 years. Starting in 2005 as well, he held long running residencies at Avalon and Pangea, Butter Factory, and Tanjong Beach Club all in Singapore, and most recently Revolucion Cocktail all over China and Thailand.

In addition, his belting nights have stunned audiences and international promoters, who have brought him on tour to London, Shanghai, Madrid, Amsterdam, New Delhi, Hong Kong, Bangkok, Kuala Lumpur, Saigon, Tokyo, Manila and Bali, amongst others.

DOMESTIC BEAUTY PRODUCTS ARE IN HIGH DEMAND, NOT INFERIOR: MINISTER

TOURISM and Creative Economy Minister Sandiaga Uno drew attention to the fact that beauty products in Indonesia were in quite high demand while affirming that they were, by no means, inferior to foreign brands...