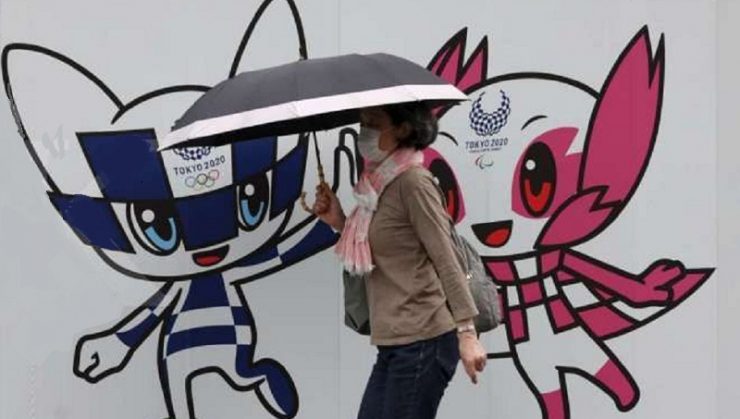 THE TOKYO 2020 Olympics which were postponed due to the pandemic began on Wednesday. The head of the World Health Organization (WHO) views the event as necessary as a ‘celebration of hope’. Rising COVID-19 cases in host city Tokyo have overshadowed the world’s biggest sporting event, which has largely taken place without spectators.

According to WHO chief Tedros Adhanom Ghebreyesus said the Olympics should continue to show the world what can be achieved with the right plans and actions.

“May the ray of hope from this country illuminate a new dawn for a healthier, safer and more just world,” he said as he held up the Olympic torch. It is my sincere wish that the Tokyo Olympics will be successful,” he said.

But Tedros warned the world was in the early stages of another wave of infections and criticized vaccine differences between countries.

Olympic and Japanese officials have continued to watch the sport despite the country’s opposition to hosting the more than 11,000 athletes and staff and media who came with them amid rising COVID-19 infections.

Underlining the downsizing of the Olympics due to the pandemic, Prime Minister Yoshihide Suga will only meet with fewer than 20 state leaders on the sidelines of the Games, down from as many as 120 originally scheduled.

In a recent poll in the Asahi newspaper, 68% of respondents expressed doubts about the Olympic organizers’ ability to control coronavirus infections, with 55% saying they opposed the Games going ahead.

Japanese domestic media reported that government adviser Shigeru Omi said Tokyo’s daily COVID-19 infections could jump to a record level of 3,000 in the first week of August. That would put a very high risk of stress on an already stretched medical system.

Softball matches, as well as women’s soccer are scheduled to be held on Wednesday (7/21). The Olympics opening ceremony will be held on Friday (7/23). [antaranews/photo special]

PPKM LEVEL-4 EXTENDED, THESE ARE RESTAURANT AND DINING RULES

INDONESIA’S Government has decided to extend the Implementation of Community Activity Restrictions (PPKM) Level 4 until August 2, 2021. The following are the operational rules for restaurants and places to eat. The...

THE OPENING ceremony of the Tokyo Olympics, which was held last weekend, did not produce satisfactory results. Based on preliminary data from Comcast’s NBCUniversal, it was noted that NBC’s broadcast of the...

GERMANY classifies Spain and the Netherlands as countries with a high incidence of coronavirus, meaning that unvaccinated travelers returning from those countries must be quarantined for at least five days. Quoted from...