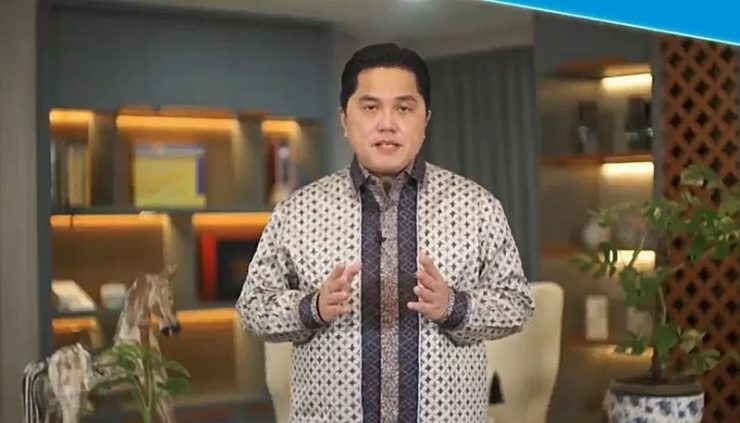 STATE-Owned Enterprises Minister Erick Thohir wants Indonesia to become a pop culture country so that it is equal to the big countries in the same field such as the United States, Japan, Britain, and Korea.

“I made a statement at that time that we must become a pop culture country. Why pop culture? Indonesia has its foundations, first is a market where we are a country with a large market,” said Erick Thohir in an online discussion with creative economy players in Jakarta, Saturday (7/17)

The Minister of State-Owned Enterprises explained that the second factor is that many young people can create trends. The third factor, Indonesia has extraordinary creativity value. Thus, Indonesia already has a strong foundation to become a pop culture country, namely a very strong market, young population, trends and culture.

Erick believes that if you are serious about building with the existing roadmap, especially if there is collaboration in terms of not only assistance, funding, and markets, this will become an ecosystem that supports pop culture.

“This is what, if we were a pop culture country, we could be at the top and we could be on par with the United States, Korea, Japan, and their derivatives becoming a trend. Everything now is Korea, Korean dramas, Korean songs, Korean language, Korean cosmetics. , Korean milk. Japan started as a pop culture country, then followed by Korea,” he said.

“This is what I want to offer, let’s make the roadmap together first, where are the points that we can see will become a fruitful tree, whether it’s content, e-commerce, culinary, traveling for nature tourism, and others. But what we want us to do is fertilize at one point which will definitely become a big tree, then the community will live there,” he noted.

According to the Minister Erick, from this, it will also be possible to see the mapping per island, region, city/regency because each has different characteristics. This is because not all cities or regions can be forced to use the same roadmap.

“Earlier, it was agreed that there may be one city that becomes a production center, maybe one city that becomes a market center. Especially when we talk about food or food, some have suitable land or not. I don’t think these things should become a discourse, the dream is there. , the foundation is there, the roadmap must be made. The State-Owned Enterprises does not need to be discussed, it must be present and support it,” Erick Thohir explained.

Erick added that there must be partiality. The State-Owned Enterprises culture has been changed, namely serving, not being a bureaucrat, and never getting tired of serving the people. [antaranews/photo special]