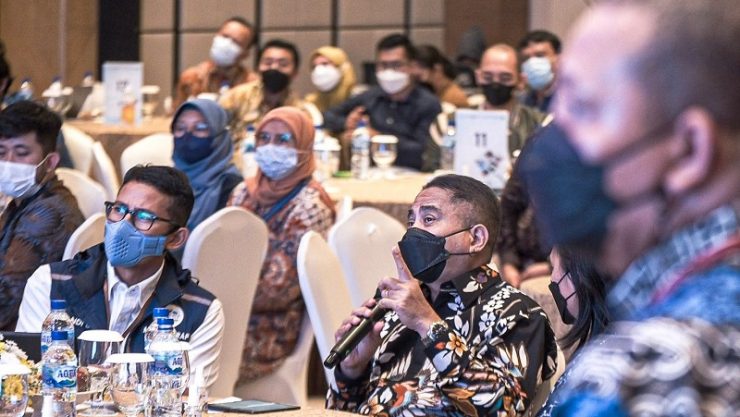 TOURISM, which is one of Indonesia’s mainstay sectors, is also the government’s focus in the National Economic Recovery (PEN). Through a forum that was also broadcast offline by the Journalist’s Media Association (HAM) in collaboration with ARTOTEL Group and the Ministry of Tourism and Creative Economy held the ‘Tourism and Creative Economy Investment and Financing Forum’ on Thursday (7/28) at ARTOTEL Suites Mangkuluhur, Jakarta.

According to the Deputy for Industry and Investment of the Ministry of Economy and Creative Tourism, Henky Manurung when opening the forum said that this forum aims to accelerate the development of tourism Special Economic Zones (SEZs), Authoritative Areas of the Tourism Authority Agency, and Sustainable Tourism Investment Projects through the provision of alternatives. Financing schemes that can be provided by the Financing Institution or by other investors.

“Through this forum, it is hoped that a positive commitment can be generated between financial institutions and area managers to encourage the acceleration of development and development of tourism projects,” he said.

Meanwhile, the Minister of Tourism and Creative Economy, Sandiaga Uno also said that Indonesia introduced the features and uniqueness of various destination areas in Indonesia. This is expected to attract investment so that accelerated development can be carried out in order to grow the Indonesian economy.

“Therefore, I invite investors to invest in five (5) super priority destinations (DSP) and eight (8) tourism special economic zones (KEK). Before I served in the government, I used to manage investments, and I saw the opportunity was very big. Moreover, so many investments create jobs,” he said.

Tourism and Creative Economy, continued Sandiaga Uno, in my study created six times the number of jobs for every US$1 off investment. What is needed now is the execution of how 8 Tourism SEZs, 5 DSPs and 12 sustainable tourism that are looking for alternative sustainable projects with financing schemes already exist so that they have a broad impact.

This opportunity can be seen because in May 2022, he continued, the World Economic Forum has released the Travel & Tourism Development Index (TTDI) 2022, and Indonesia is ranked 32 out of 117 countries or up 12 positions compared to 2019. Investors see a significant opportunity. as seen from Indonesia’s TTDI which rose 12 places above Thailand and Malaysia. So this opens up for investment.

He explained, with the opening of investment opportunities, it is hoped that there will be economic creation and revival because there will be 1.1 million new jobs in 2021. In accordance with President Jokowi’s directive, that infrastructure projects must be completed from 2023-2024, nothing should be stalled. For this reason, investors must hurry to complete the construction, so that by 2024 the target of 4.4 million new jobs can be realized.

The most urgent thing is the realization of accommodation investment in the five DSPs. Also urgent is the readiness to hold international scale events so that the creative and creative sector is ready to welcome major events such as the G20 Summit or the ASEAN Summit.

“It is hoped that through this Forum, we can witness investment opportunities in the tourism and creative economy sectors, and financing schemes can be drawn up that can be applied to other tourism projects so that they can accelerate development in the five DSPs and 8 Tourism SEZs,” he concluded.

Likewise, according to Arief Yahya, Director of the Acceleration & Monef Team for the Development of Tourism SEZs, said the government and the tourism business world must evaluate and adjust new policies that must be carried out quickly, especially for Special Economic Zones.

“With the Special Economic Zone (SEZ) system, it is interesting because it can provide incentives from finance, taxation, financing and land management. This SEZ is a model that has also been used by other countries,” he said.

Arief Yahya added, we have taken out-of-the-ordinary approaches. Among other things, not only capturing new investment opportunities from business relocation, but also finalizing the formulation for SEZ investments. It’s just a shame that the stakeholders of the Special Economic Zones/Local Authority Bodies or Authoritative Areas of the Tourism Authority Agency, are less proactive in capturing opportunities for private and foreign investors. [traveltext.id]