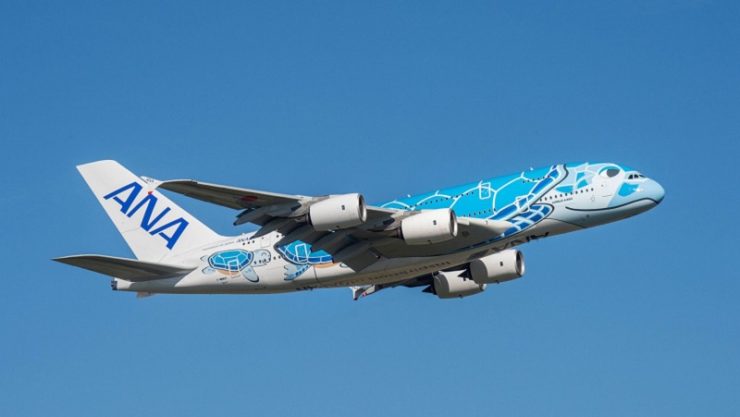 ALL NIPPON Airways (ANA) will introduce Mixed Fleet Flying (MFF) for the A380 and A320 families following approval from the Japan Civil Aviation Bureau (JCAB). The Japanese airline is the first operator in the world to introduce MFF with both types.

The MFF only applies to Airbus aircraft and the flight deck and this aircraft control system allows pilots to be certified for the regular and concurrent operation of more than one type of Airbus fly-by-wire product line.

At ANA, this will allow crews to implement a combined pattern of short-haul and long-haul service. The similarities in Airbus aircraft can be found from the flight deck to the passenger cabin, by maximizing the use of systems, control panels and procedures that resemble each other between various aircraft families.

“We are pleased that the operation of the A320 and A380 MFF has been approved by JCAB and ANA has become the first airline in the world to introduce them,” said Stéphane Ginoux, Head of North Asia region for Airbus and President of Airbus Japan.

He continued that MFF offers airlines increased flexibility and cost efficiency. The increase in the pilot’s hourly earnings due to the lack of waiting breaks and downtime resulted in a significant increase in productivity.

“This also allows for better adjustment of aircraft capacity based on the size of passenger demand,” he concluded. [sources/photo special]