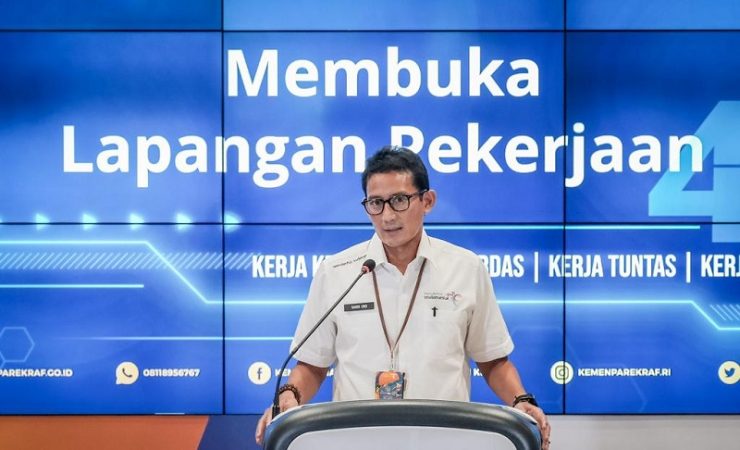 THE MINISTER of Tourism and Creative Economy, Sandiaga Uno said that the 2022 MotoGP in Mandalika, West Nusa Tenggara (NTB), had added value to the Indonesian economy of IDR4,5 trillion.

“This (amount) is beyond the IDR700-800 billion figure that we estimate,” he said in a Virtual Weekly Press Briefing in Jakarta, Monday (5/30).

Furthermore, Sandiaga stated that the MotoGP event contributed to the increase in NTB’s gross regional domestic income (GRDP) by 1.46% on an annual basis (yoy) with an increase in the food and beverage sector by 1.04%, as well as transportation and warehousing of 0.74%.

On that occasion, Sandiaga also conveyed the results of the survey on the impact of the MotoGP event on business actors.

First, business players experienced an increase of 41% during the international motorcycle racing competition with 23% of them coming from outside NTB. Second, 59% of business actors received facilitation for the implementation of MotoGP and the most received assistance from the government at 40.5%.

He added that business actors also experienced a shift in income starting from IDR5-50 million. So, this is how SMEs feel. [traveltext.id]