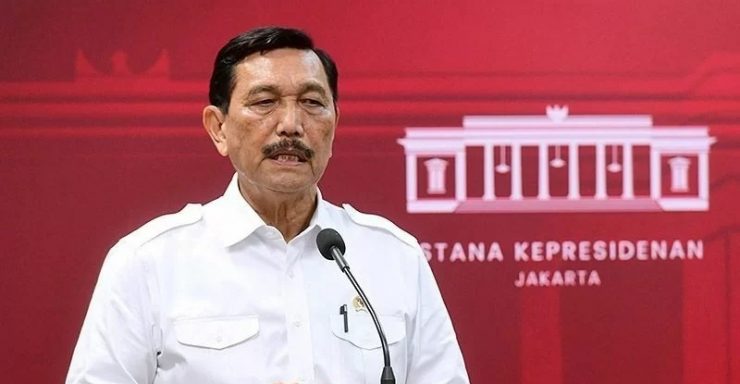 “In particular, holistic tourism can provide opportunities and experiences for tourists to interpret the works of God’s love, enjoy nature and culture that exists in the community,” Luhut said in his remarks at the opening of the Labuan Bajo Golo Koe Festival via video, Monday (8/8) night.

Minister Luhut expressed his appreciation for the support of various parties for the festival.

He said the Labuan Bajo Golo Koe Festival is a people’s party in Labuan Bajo that characterizes the spirit of inclusive diversity. This is reflected in the participation of religious and tribal communities in Labuan Bajo who take part.

“I would like to thank Ruteng Diocese for successfully organizing this activity, as a forum for community work. Congratulations on enjoying the 2022 tourism holistic in Labuan Bajo,” Luhut noted.

The Labuan Bajo Golo Koe Festival aims to develop Labuan Bajo Flores tourism which is rooted and grows in the uniqueness and richness of local culture and spirituality. This cultural religious festival intends to encourage and activate all community creative economic activities in improving their welfare.

“This festival was initiated and organized by Ruteng Diocese in collaboration with the West Manggarai Regency Government, the Implementing Agency for the Labuan Bajo Flores Authority, and tourism stakeholders. The Golo Koe Labuan Bajo Festival involves the people of Ruteng Diocese and other interfaith communities,” he concluded.

There are various exhibitions and folk art activities that will take place from 8 -15 August 2022 at the Maria Golo Koe Cave in Labuan Bajo and the Waterfront City Marina Labuan Bajo. [antaranews/photo special]

INDONESIAN President, Joko Widodo (Jokowi) said multilateral cooperation (multilateralism) is the most effective way to overcome common challenges in the world, such as geopolitical conflicts to the threat of hunger due...

INDONESIA’S Minister of Tourism and Creative Economy, Sandiaga Uno said Bali and all of its people have played a strategic role in supporting the transformation of global tourism. According to him, the Indonesian...

PRESIDENT Joko Widodo (Jokowi) requested that immigration services be improved because of the many complaints that came in. This was emphasized by Jokowi in a special meeting to discuss visas on arrival (VoA) and...