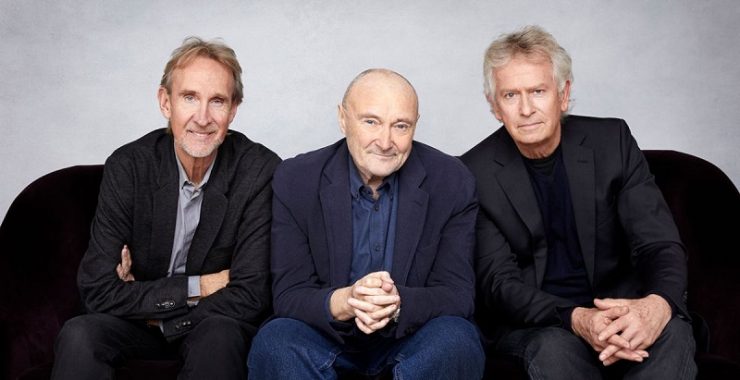 This reunited tour, which has been dubbed the “The Last Domino?”, was set to cover 10 dates across the UK and Ireland, and will reportedly feature singer Phil Collins, guitarist Mike Rutherford and keyboardist Tony Banks, according to the website Ultimate Classic Rock.

Due to severe issues with his back, Collins, who turned 70 on January 30, is no longer able to drum. He has also dealt with hip issues in recent years and now sits center stage. The trio are joined on this tour by Collins’ son, Nic, who has filled in for his father behind the kit during his recent solo tours. (The younger Collins turned 20 on April 21.) Longtime Genesis touring band member, Daryl Stuermer, returns on guitar and bass.

On opening night, the 23-song setlist mirrored many of the songs on the group’s new compilation, also called The Last Domino, with tracks such as “Carpet Crawlers” and “The Lamb Lies Down on Broadway” dating back to 1974, their final album with their original frontman, Peter Gabriel.

Genesis concerts were always known to have outstanding light shows. The 2021 tour appears to follow that pattern.

In a band interview broadcast by the BBC on Sept. 9, Collins intimated that this reunion tour would be their last. “We’re all men of our age and I think to some extent it probably is putting it to bed,” he said. “I think, just generally for me, I don’t know if I want to go out on the road any more.”

Some people might raise an eyebrow when a young musician takes over in an old, classic band. However, as Andy Greene of Rolling Stone tells us, Nic Collins might just be the best possible drummer to replace Phil Collins … at least, if you ask Phil Collins.

Nic grew up with Collins’ music, and when Phil took his son to drum for him in a seven-song gala outing in 2017, he was evidently quite impressed: “I’d never had a drummer [who] I didn’t have to look back at.” One thing led to another, and before long, Phil asked his son whether he’d like to play the drums on his comeback tour. Nic agreed, and as Samantha Maine of NME reported in 2018, this went well enough that Collins soon started dropping hints of his son’s role in a potential Genesis reunion. [sources/photo special]