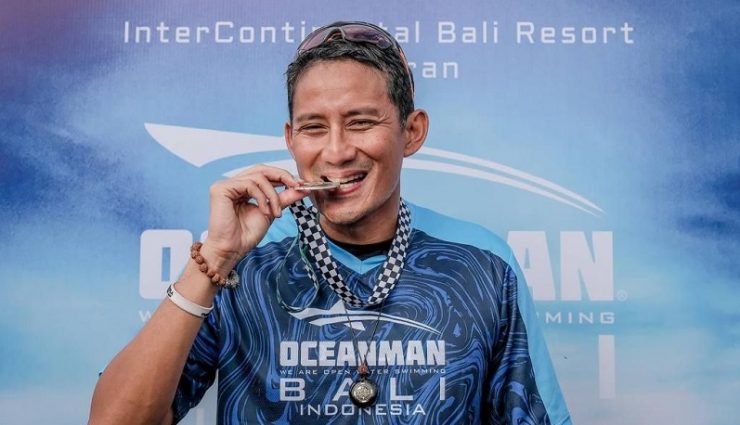 MINISTER of Tourism and Creative Economy, Sandiaga Uno plans to increase the number of leading sports tourism attractions in the country because it is believed to be able to attract domestic and foreign tourists.

Therefore, Sandiaga hopes that tourist destination managers can collaborate with other parties to create superior activities (events) based on sports tourism.

“Especially for sports tourism, this year there are 10 (sports types, ed.) chosen, but seeing the interest (high tourist interest) we might improve with the concept of collaboration. My target, if possible, every destination has superior events,” said Sandiaga on the sidelines of his activities in Jimbaran, Badung, Saturday (7/2).

He gave an example that one of the flagship “sports tourism” versions of the Ministry of Tourism and Creative Economy this year is the marathon running competition.

“In Bali there are many marathons (races), (then there are) surfing, marine tourism-based sports, running, which yesterday we tried in Kintamani, in Gianyar, there was also in Jembrana the Makepung activity. It’s also sports tourism,” said Sandiaga Uno.

“Makepung is a tradition of buffalo racing which is still practiced by people in Jembrana, Bali. So, in my opinion, we (Ministry of Tourism and local governments) should encourage it, because every event, whether on a regional scale to an international scale, has a tremendous impact,” said Minister Sandiaga.

On the same occasion, Sandiaga said that the Ministry of Tourism and Creative Economy places “sports tourism” in a separate tourism calendar, different from the Kharisma Event Nusantara.

“We have separated the sports tourism agenda into a separate agenda. So it is not mixed with Kharisma Event Nusantara,” he noted.

Kharisma Event Nusantara (KEN) is a compilation of top tourism events from various regions in 34 provinces of Indonesia. For this year, there are 100 leading tourism events/activities according to the Ministry of Tourism’s version which are summarized in KEN 2022.

Special treatment is given to sports tourism, because according to Sandiaga, sports tourism attractions have many benefits or can help revive other economic sectors.

He gave an example of the Oceanman Indonesia 2022 high seas swimming championship at Muaya Beach, Jimbaran, Badung, Saturday, not only attracting the visit of swimmers to the Island of the Gods.

“We saw this (almost) 500 (swimmers) who participated, but they were not alone, they brought their relatives, their families, and apart from swimming they also traveled, and consumed creative economy products for the revival of Bali and the recovery of our economy,” Sandiaga remarked.

Not only that, the Oceanman Indonesia championship also featured a number of booths selling superior Balinese products made by Small, Medium Enterprises (SMEs), such as coffee and milk pie snacks.

“This is proof that this event activity can always stimulate the economy, and that sports tourism is not only sports, but also activities related to the revival of Bali,” Sandiaga concluded. [traveltext.id]