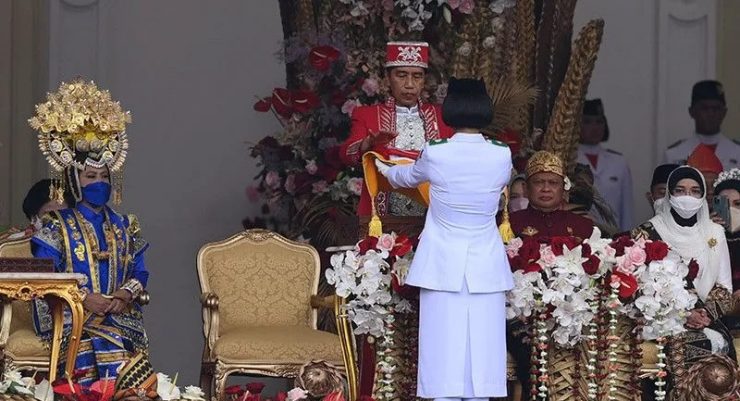 PRESIDENT Joko Widodo becomes the Inspector of the Commemoration of the Seconds of the Proclamation of 2022 at the Merdeka Palace, Jakarta, Wednesday (8/17).

The Team of the Pusaka Flag-Raising Troops (Paskibraka) in charge of flying the Red and White Flag at the Commemoration Ceremony of the Seconds of the Proclamation of Indonesian Independence is the Tough Pancasila Team.

I Dewa Ayu Firsty Meita Dewanggi who is a representative from Central Java Province was chosen as the bearer of the Red and White Flag. Currently, he is studying at SMA Negeri 2 Kudus.

Acting as Ceremonial Officer is Brigadier General Novi Helmy Prasetya. Born in Bangkalan, 10 November 1971, currently serves as Chief of Staff of the Permanent Garrison I/Jakarta. He graduated from the Military Academy in 1993.

The 2022 Paskibraka, whose members come from representatives of each province in Indonesia, were previously inaugurated by President Joko Widodo on Monday, August 15, 2022, at the Merdeka Palace Courtyard, Jakarta. A total of 68 youths have said the Pledge of Indonesian Sons and are ready to carry out their duties this morning. [antaranews]